I.M. Sechenov First Moscow State Medical University is the first and the oldest medical school in Russia tracing its history from the medical faculty of Moscow Imperial University founded in 1758.

Having passed the path of glory I.M. Sechenov First MSMU enriched national and world science with many distinguished scientists and significant discoveries, and brought up thousands of physicians devoted to their work.

Many of the University alumni have been recognized internationally for their outstanding contribution to global medicine and other spheres. Botkin S.P., Korsakoff S.S., Pirogov N.N., Sechenov I.M., Sklifosovsky N.V., and Chekhov A.P. are the most renowned.

The history of First MSMU is tightly connected with the history of medical education and healthcare in Russia. The University is a cradle of most national medical schools and scientific medical societies, first medical journals, guidebooks and manuals.

Inauguration of the Imperial Moscow University (Moscow State University since 1917)

Beginning of continuous lecturing at the medical faculty

F.I. Barsuk-Moiseev was the first to be conferred with a Doctor of Medicine degree after defending the thesis entitled About Breathing

Opening of the first teaching hospitals at Nikitskaya street

Publication of the first issue of the Medical and Physical Journal

Professors, lecturers, and students of the IMU medical faculty took part in the Patriotic War of 1812. The buildings, books and manuals of the faculty were burnt away

Completion of restoration of the faculty buildings burnt in fire of 1812. Opening of the Clinic Institute

Beginning of practical studies for students at the Old Ekaterinian Hospital

V.A. Basov was the first to perform an operation for artificial fistula in animals

Ivan M. Sechenov was elected professor of the Chair of Physiology

Establishment of a postgraduate course at the medical faculty

Beginning of practice for fourth-year students

Reorganization of the medical faculty of Moscow State University into First Moscow Medical Institute (First MMI), an independent higher medical institution with two faculties, the therapeutic prophylactic faculty and the sanitary and prophylactic (sanitary and hygienic since 1935) faculty

Foundation of the Central Research Laboratory

Decree of the USSR Supreme Soviet Presidium on awarding First MMI with an Order of Lenin. Changing the First MMI abbreviation into First MOLMI

Moscow Pharmaceutical Institute was transformed into the Faculty of Pharmacy of I.M. Sechenov First MOLMI

Establishment of the Faculty of Training of Research and Teaching Staff.

Establishment of the Faculty of Higher Nursing Training

Establishment of the Faculty of Preventive Medicine for Postgraduate Professional Training

Establishment of the Faculty of Health Care Management

Establishment of the Faculty of Dentistry

Celebration of the 250-year history. The University is awarded a Platinum Uncia 2008

I.M. Sechenov Moscow Medical Academy was granted a status of the University and has changed its name into I.M. Sechenov First Moscow State Medical University 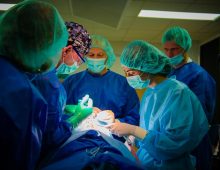 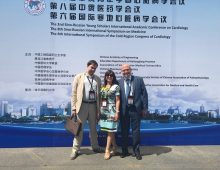